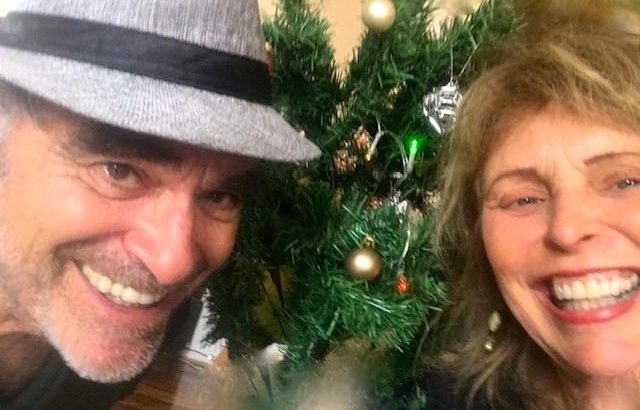 Huge thanks to all who came out through cold, heat, terrorist events, general elections and more to attend our concerts throughout Australia and NZ this year.

We barely touched base in Sydney through 2019, so are delighted to be finally spending Christmas at home. Today we are frantically purchasing for the whanau, with the 6 year-old grandson’s present needing to be EXACTLY the right lego. Despite the Sydney smoke (crazy) I am experiencing a burst of songwriting ideas for our new CD which I’m cautiously excited about. Whether they are lasting songs of genius, or tunes to be performed a couple of times and quickly buried, remains to be seen.

You, the audience, will be the judge.

Our first shows for 2020 are in January at the fabulous Illawarra Folk Festival where Mike and I will be joined by brilliant double bass player Chris Mawer, followed by early February at the Australian Blues Festival in Goulburn, then a short tour down the NSW South Coast to Merimbula, Tathra and Moruya.

Unfortunately we will be missing some special friends this year; vale Graham Hayward, Neil Hughes, and Martin Armiger.

Some of you may remember the super talented Martin as a member of Melbourne rock band The Sports? He was also a prominent Film and TV composer, and a great mentor and teacher who left behind a body of fabulous music including the Theme to the ABC News.

And no, I didn’t win the Film Award in NZ, but hugely worthy winner Don McGlashan acknowledged all us nominees, and my sister Gaylene and I had one of the best party/eating/laughing nights of our entire lives.

So in a word, it was worth it!

Btw did you know that “White Christmas” is the most recorded and biggest selling Xmas song of all time and was written by Irving Berlin in the middle of a heat wave?

Ah, the peculiarities of songwriting!

In boogie and blues,