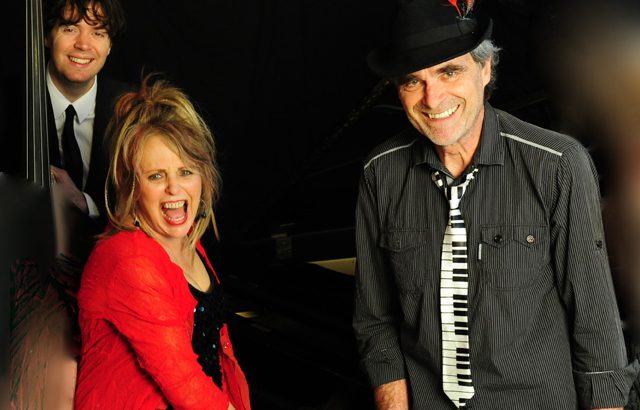 Hello Boogie Friends and welcome to this Year of the Pig!

I hope you had a welcome break over the Christmas hols, alas all too soon forgotten as we charge into 2019, during which Mike and I will test out our fast disappearing Kiwi accents on an extensive tour of NZ.

We’ll be there for the whole month of March and I’m greatly looking forward to it, in particular touring places in the South Island we’ve never played such as, believe it or not, Queenstown.

The show I’m performing is called 88 PIANOS I have known with extraordinary images of pianos (yes 88 of them) and personal anecdotes, as well as new songs (Same Sky, Olds on the Loose) and a new killer version of a tune called Nutrocker, based on Tchaikovsky’s Nutcracker Suite played in fast boogie style. I’ve been practising this a lot and my left hand is threatening to seize…….well hopefully not until the end of the tour.

But before all that, this coming weekend my trio are playing at the Australian Blues Music Festival in Goulburn, a delightful small festival which is close to my heart. This was the first Australian festival I ever played (decades ago) and I’ve been playing there on and off ever since. The format is changing for 2020, so I’d advise you to come along and support Australian musicians next weekend, in the hope this lovely festival doesn’t disappear. Local tip is to “rock on down to the Paragon Café” (yes, it even sounds like a song) for breakfast where we all go. The Paragon is one of the few remaining old style cafes in Australia, still run independently, waitresses with small pads writing orders down at the tables, and the best home cooked breakfast you will ever eat amongst the surroundings of the spotlessly clean original décor. You won’t find a sun dried tomato or marble benchtop in the place.

So I hope you can come along to one of our 2019 concerts,