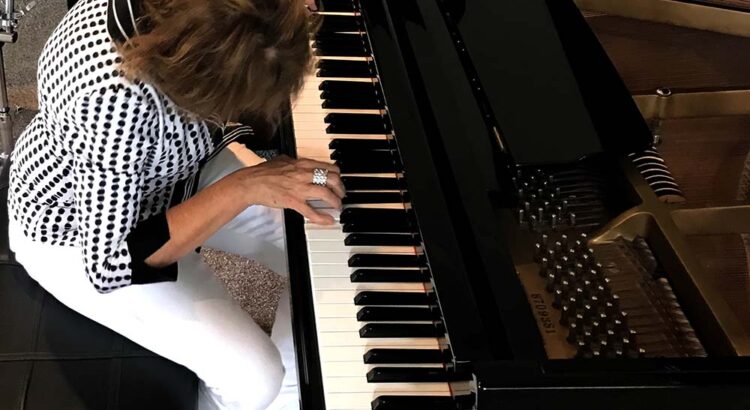 All suspicious looking emails are not scams! I received one recently from a guy claiming to be an entertainment producer at the BBC wanting to use my piano composition “Trout Blues” as title music for his new BBC London Evening radio show. I was so close to pressing delete, but something made me read on. Fortunately.

My piano piece has proven so popular with their audience (over 1 million nightly) they are interviewing me next week. If you are able through the internet, please tune in to presenter Jo Good on BBC RADIO LONDON Evenings on 94.9 FM this Wednesday morning April 26th at 8am Sydney time. After our chat, Jo will play my song “The Boogie Woman.”

So you might be wondering why I named the track “Trout Blues”? Actually it’s a family in-joke with a long backstory, the end result being my older brother Ted only ever refers to me as “Troutie”. (Something about having a mouth like a fish, yeah well that’s families for you…) And BBC producer George Burton wants me to compose more music for a couple of other programs he’s launching.

I was telling sister Gaylene about this extraordinary event exclaiming “Out of all the thousands of composers in the world! This sort of thing NEVER happens in Arts and Entertainment, to which she replied “Well Jan it just did.”